Are you really my daddy? 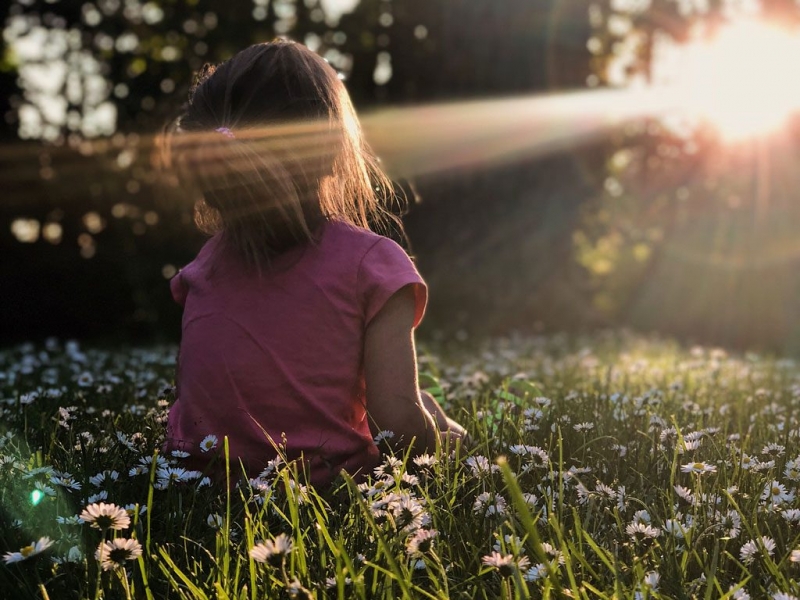 How to embrace God as Father

By Lisa Burkhardt Worley
Lisa Burkhardt Worley is the founder of Pearls of Promise Ministries and is an award-winning author of eight books, including her most recent offering to help the fatherless, The Only Father I Ever Knew: How a Fatherless Child Finally Found True Love.

Father wounds run deep and because of that we often transfer the attributes of our earthly fathers to God. If our biological dad was harsh, then God must be harsh as well. If our father died before we were born, then the Maker of the universe often becomes a mysterious, distant being who appears only to render punishment for sin. When an earthly father abandons us, we might believe God doesn’t have the time, nor does He care about our needs. He’s far too busy managing the rest of creation.

In order to overcome a distorted viewpoint of our heavenly Father, we must press into Scripture to portray an accurate character sketch. While there are many more, the following are three truths about our Father God found in the Bible:

God has compassion for us. Psalm 10:14 says, “But you, God, see the trouble of the afflicted; you consider their grief and take it in hand. The victims commit themselves to you; you are the helper of the fatherless.” God allows mankind to have free will, and because of that, wayward fathers can make poor decisions. The Old Testament refers to God as Jehovah-Roi. Translated, it means “the God who sees.” He sees the dysfunction our fathers cause, and has compassion for us in the midst of it, yet we are still called to forgive our dads as our heavenly Father forgave our sinful mistakes. My own father, a doctor, died from a massive heart attack while competing in a polo match two months before I was born. I didn’t think there was a need to forgive my dad. He couldn’t help it that he was sick, but after participating in a healing exercise called “The Father Ladder,” I realized that I harbored deep resentment in my heart. If my father hadn’t died, we wouldn’t have been so poor. If my dad had lived, my mother might not have struggled with mental illness the rest of her life. If he’d been around, I would have received direction for my life. As I worked through each concern, I came to the conclusion that I needed to verbally forgive my father for dying. As God has declared us “not guilty” through the shed blood of His Son, Jesus, we must pardon our earthly fathers as well. In the meantime, no matter how much our dads failed us, our heavenly Father wants to help us overcome, and through His compassion, will provide the strength needed to move past our troubled childhood.

God desires an intimate relationship with us. Psalm 139:1–3 says, “You have searched me, LORD and you know me. You know when I sit and when I rise; you perceive my thoughts from afar. You discern my going out and my lying down; you are familiar with all my ways.” As I reflect back on my fatherless life, I realize the hand of God protected me from serious harm countless times. When I was a pre-teen, I was hit by a Lincoln Continental while crossing a street, and as a television news intern, I crashed in a helicopter on the way to an out-of-town story. In both cases, I should have been killed, but I believe God was close by, taking the brunt of each impact for me. However, while God was always within arm’s reach, I had not taken hold of His hand and did not have an intimate relationship with Him at the time. My estrangement continued through my twenties until I experienced a career crash that led me back to church. Once I rededicated my life to Christ in my mid-thirties, I thirsted for more intimacy with my heavenly Father, and began to experience a sense of closeness through daily Bible reading and prayer. Because of a regular connection with God, He communicated with me through repeat messages, and through His Word. One day, He highlighted a passage in Psalm 92:12–13 that says, “The righteous will flourish like a palm tree, they will grow like a cedar of Lebanon; planted in the house of the LORD, they will flourish in the courts of our God.” Cedars of Lebanon and palm trees live anywhere from 800-1000 years, and when they are planted in God’s court, they flourish. This passage is saying when we have an intimate relationship with our heavenly Father and spend quality time with him, we too, will flourish. God wants his children to thrive but it requires one-on-one time with him.

God loves us with an unfailing love. Psalm 36:5 says, “Your unfailing love, O LORD, is as vast as the heavens; Your faithfulness reaches beyond the clouds.” God will never stop loving us, no matter what — but we occasionally doubt God’s love, don’t we? Ephesians 3:18-19 says it actually takes power from above to understand how wide, long, high and deep is the love of Christ. It also requires faith to trust in God’s love. To clear that hurdle we can learn from the story of the centurion’s servant found in Matthew 8:15-13. In the passage, Jesus was in Capernaum when a centurion pleaded with him to heal his ailing employee. The centurion’s servant was lying at home paralyzed and “dreadfully tormented.” Jesus responded affirmatively, saying He would go to the house and heal him. There was a shocking response to Jesus’ kind offer. The Son of God was willing to make a house call, but the Centurion said that wouldn’t be necessary. He told Jesus if He just spoke a word, his servant would be healed. Jesus applauded the centurion’s display of faith, spoke the word of healing and the servant was well again. What does the Bible say about who Jesus is? He is the “word” that became flesh, so if we don’t believe the Scriptures that repeatedly tells us how much God loves us, then we lack faith. Verses like “The Lord is compassionate and gracious, slow to anger, abounding in love” (Psalm 103:8). “No eye has seen, no ear has heard, no mind has conceived what God has prepared for those who love him” (1 Corinthians 2:9). “See what great love the Father has lavished on us, that we should be called children of God!” (1 John 3:1). It takes faith to believe what the Word of God says about our heavenly Father’s unfailing love.

God cannot be compared to a human dad who abandoned us as a child or as an adult. Our heavenly Father will never disown us. He promises He will never leave us nor forsake us. If you haven’t already, won’t you take time to crawl up in your Abba Daddy’s lap and thank him for His love? He is waiting to be the father you never had.

Lisa Burkhardt Worley is the founder of Pearls of Promise Ministries and is an award- winning author of eight books, including her most recent offering to help the fatherless, The Only Father I Ever Knew: How a Fatherless Child Finally Found True Love. A former national television sports reporter and anchor, as well as a former sports anchor on KENS-TV, she also co-hosts a radio show called A Time to Dream. For more information or to reach Lisa, visit her website: pearlsofpromiseministries.com.

Lisa Burkhardt Worley is founder of Pearls of Promise Ministries and is an award-winning author of eight books, including her most recent offering to help the fatherless, The Only Father I Ever Knew: How a Fatherless Child Finally Found True Love.