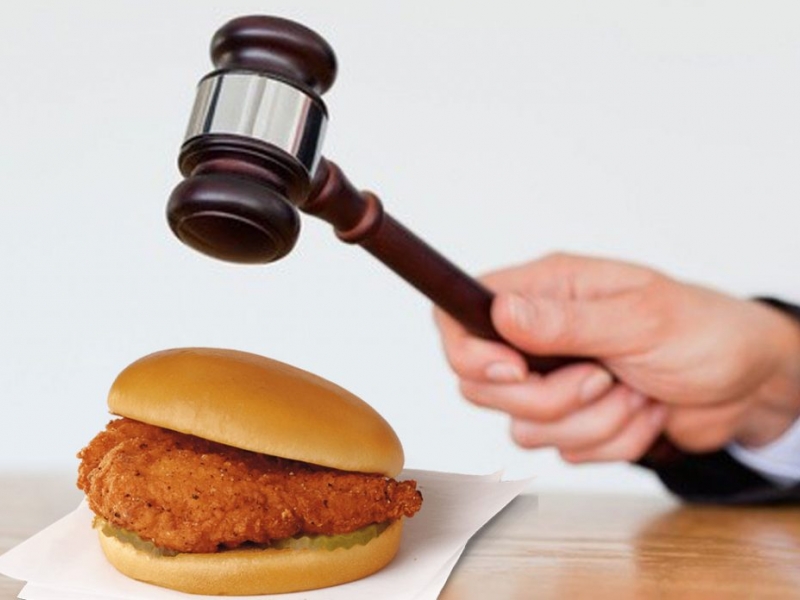 by Mike Sharrow
Mike Sharrow is the CEO of C12 Group (www.C12Group.com), a San Antonio-based organization that is the nation's largest network of Christian CEOs, business owners, and executives.

Back when it officially decided to banish the nation’s most popular fast-food restaurant from the airport concourse, San Antonio’s city council issued a statement so thick with irony you could cut it with a knife.

In a declaration that started with the words, “Everyone has a place here,” our city council announced March 21 that it was making one exception to that rule. As you no doubt know by now, that exception was Chick fil-A.

And why? Was the business failing? Was it lacking in integrity? In quality? In service? No. this is a fast-food restaurant known all over the nation for its excellent service, model business practices, and yes, its delicious chicken sandwiches.

This is a business that out-earns its competitors with one day of the week tied behind its back, then turns around and invests those hard-earned profits back into the communities it serves.

In fact, it’s this very generosity that has landed Chick-fil-A on the outs with our city council. Because of the simple fact that Chick-fil-A’s owners are Christians who partner with faith-based groups like the Salvation Army and Fellowship of Christian Athletes, our city council has deemed Chick-fil-A an unfit member of our community, unworthy to open shop in our airport.

To put a finer point on it, our city council is now cutting Christian business owners out of the market just because they are Christians who hold traditional Christian beliefs. That’s unconstitutional. The government cannot banish people from the marketplace based on their views, their beliefs, or who they associate with.

Keep in mind that Chick-fil-A has never discriminated against people based on their sexual orientation. In fact, after the tragic shooting at Pulse, a LGBTQ-associated nightclub in Orlando, Chick fil-A broke with longstanding company tradition and opened on Sunday to provide food to people waiting to donate blood. Chick fil-A restaurants are committed to serving their communities and neighbors. They donate food to local shelters and soup kitchens and serve victims after natural disasters. They have also shown their commitment to their employees’ futures, helping over 46,000 employees pursue higher education.

And the business is incredibly successful. The Huffington Post found that Chick fil-A is America’s favorite fast-food spot. Even with its closed-on-Sunday rule, the company generates more revenue per restaurant than any other fast-food restaurant in the country. Customers ranked it as having both the best and the fastest service of all chain restaurants.

But none of that matters to the San Antonio City Council, because the council does not like the owners’ Christian beliefs or what they say.

The city council decision tells Christians that even when they are productive, contributing members of society, they are second-class business citizens. The council objects to Chick fil-A not because of any specific discrimination against LGBTQ individuals, but because the company’s owners hold Christian beliefs. And because of those beliefs, the council thinks it is alright to discriminate against them. No amount of delicious chicken; no amount of economic contribution; no amount of charitable work makes up for the fact that the council simply doesn’t like what the owners believe.

And if you think this sort of anti-religious hostility is only about Chick fil-A, I’d urge you to reconsider. In my role at C12 Group—a network of Christian entrepreneurs across the U.S.—I’ve spoken with multiple Christian business owners in San Antonio who are in bidding processes for city contracts. They all have the same question: Is my business next up for discrimination by City Council? Will I end up losing my bid for “unofficial reasons” simply because of who I am as a man or woman of faith? Will the City treat me with the same hostility because I have given my hard-earned money to a faith-based charity?

For the first time, these men and women are anxious about their future—not because of the business they run, but because of the animosity San Antonio’s city council has shown at people of faith just like them.

This should alarm us all—no matter where we stand on issues of faith. Today it is Christian business owners who find themselves in the crosshairs of government coercion—but who’s to say tomorrow won’t hold the same threat to the free exercise of religion for Muslims, Jews, or Sikhs?

Forcing out a business just because its owner is a Christian and gives to faith-based charities insults the dignity of our entire community. It’s not only a violation of our First Amendment rights. This is anti-religious bigotry, hostility, and discrimination, plain and simple. We should not let this go on any longer.

Mike Sharrow is the CEO of C12 Group (www.C12Group.com), a San Antonio-based organization that is the nation's largest network of Christian CEOs, business owners, and executives.

Mike Sharrow is the CEO of C12 Group (www.C12Group.com), a San Antonio-based organization that is the nation's largest network of Christian CEOs, business owners, and executives.

So well written, so well said

Mike Sharrow, you speak the truth in love well. Thank you!