Bookmark this
January 06, 2020 By Richard Zowie 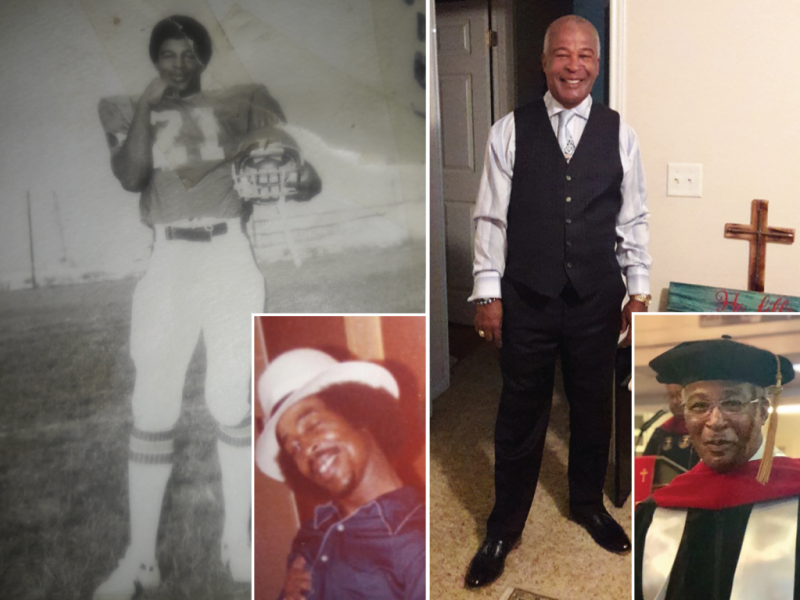 Willie in his football days. Willie in his days of drug dealing. Willie is now on staff at Mt. Zion Baptist Church and a field director for Prison Fellowship.

A promising football career dissolved for Willie Culpepper through a series of bad choices. His life ended up turning into a criminal career that led to almost two decades of incarceration. Whether it’s been as a star high school football player or as an inmate doing time, Willie Culpepper has seen life’s mountain tops and valleys. But, God had a plan!

Originally from Alabama, Willie eventually moved to Texas. “My mother remarried a soldier, and we moved first to Killeen, near Fort Hood,” he says. “Then, we moved south to San Antonio.”

Willie and his family settled in the Alamo City, and he excelled in sports at Roosevelt High School. In football, he played wingback, defensive back and also returned kickoffs and punts for the Rough Riders.

“I was named All-District and All-City, from my sophomore to my senior years,” says Willie, who graduated in 1976. He attended Wharton County Junior College, where he hoped to eventually transfer to a four-year college, play football and get the attention of scouts. Instead, his life took a different direction.

After his expulsion from college, he spent his time as a pimp, drug dealer and drug addict. Willie’s first prison sentence on pimping and pandering put him behind bars at 19, while his second prison sentence for drug trafficking put him back in prison in his late twenties. “From 19 to 40, I was incarcerated off and on. Nothing I was proud of,” Willie remembers.

God had other plans for Willie. His path toward God materialized after his last prison stint.

His older brother had hope in Willie’s future. “My older brother told me that in the Book of Malachi, God commands us to bring tithes and not send tithes," Willie says. “He was referring to me going to church with him. I went with him to church and haven’t left since.”

Willie and his brother attended Mt. Zion First Baptist Church on San Antonio’s east side. Willie became a Christian in the mid-1990s and has been at the church ever since.

These days, Willie is “Reverend Willie” and serves on the church’s ministerial staff. According to the church’s website, Willie “…added vitality and courage to the staff, with a concentration on prison ministry throughout the South Texas area.” Willie now serves in the same place he once dreaded in his past life, as a field director for Prison Fellowship. “God sent me back to minister in the prisons because those brothers don’t have much hope,” Willie says, smiling.

Willie continues, referencing Chuck Colson, the late founder of Prison Fellowship. “Chuck Colson once said where people have been incarcerated, there in a place to become people who put their trust in God and become great leaders. God has blessed me in that way and I am so thankful.”

Every Christmas season, Angel Tree provides presents for the children of those incarcerated. Please email Willie Culpepper at willie_culpepper@pfm.org to learn how you can help.

Richard Zowie works as a broadcaster and freelance writer.