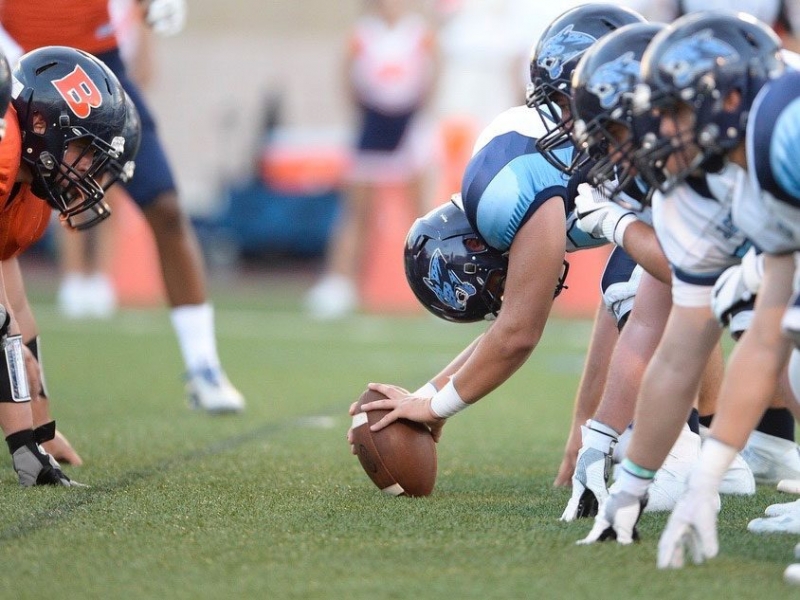 Football specialty players such as long snappers often fly under the radar.  In addition to playing a crucial role on their high school teams, they go above and beyond to finely tune their skills.  They travel across the state and nation to attend camps and events with high levels of coaching to learn and obtain experience.  Their hope:  to be an asset to their school team, to prepare for the next level of play and to catch the eye of college coaches.

On July 8, 2017, he traveled to Rock Hill, South Carolina, to compete at the FBU camp, where he earned a spot as a U.S. Army All American.  This means he will start for the West Team as the long snapper at the U.S. Army All American Bowl, held in the Alamodome in downtown San Antonio January 6, 2018.

He is one of two long snappers in the entire United States to earn this honor to play among high school football’s best of the best.  In Battles’ words, “this is the All-Star bowl game for high school.”  Battles earned the invitation to FBU’s Specialist Showcase by excelling/dominating, demonstrating his athletic abilities at the Rubio Long Snapping Vegas Event in January of this year. Not only were coaches grading him during agility and blocking drills, he had to long snap while surrounded by a crowd of people clustered claustrophobically close both to him and his target.

“I love competition,” Battles said.  “Pressure doesn’t affect me; I don’t feel it, which is good, because when I am in the game, I’m there to make sure everything’s going smoothly in the highest pressure situation possible.”

The 6’1” 245-pound 18-year-old also plays on his high school offensive line.  He was named 2016 26-6A First Team All-District Special Teams MVP and Honorable Mention Offense-Line.  He was ranked number one long-snapper in Texas and best in the Southwest United States by region for the class of 2018.  In addition Battles was one of the Semi-Finalists for the Chris Rubio High School Long Snapper Award for 2016.  In May, Battles was awarded the designation of 5 Star Athlete and on July 19 was selected as one of the Top 12 Long Snappers at Rubio’s invitation-only Top 12 Camp in Tampa, Florida.

“Karsten is a returning starter for Johnson and will play left tackle, as well as handle all deep snapping duties,” said Bruce Gillespie, offensive line and deep snapping coach for Johnson.

“He has traveled the nation, gaining top status as one of the best snappers in his age group.  Karsten is an intelligent and hard-working student athlete, who devotes many hours to be the best.  He was 100% on all his snaps for punt and field goals last year.  He also lends his knowledge to future snappers at local camps for upcoming prospects.  We look forward to his leadership at tackle as well as deep snapper for the 2017 season.”

Teammate and JHS quarterback John Guerra had words of praise for Battles. “I love Karsten’s snaps because they are near perfect,” he said. “I can always count on Karsten to get the ball to me fast and with the laces in the perfect spot. And he has great character. Every team needs to be comprised of guys like Karsten.”

The road to long snapping success is a family commitment, requiring a huge investment in time and resources.  In the past 16 months since he began training with national coach Chris Rubio, president and owner of Rubio Long Snapping, Battles and at least one family member have attended lessons and camps from Florida to Idaho.  Each camp offers the finest instruction and challenges among the top competitors in the nation. Friends who had successful long-snapping experience recommended Rubio, because he’s built his long snapping instruction to be the best in the world.  He designed ranking and training systems and is the “go-to man when a college coach needs a long snapper,” according to his website. In 2017 alone, more than 150 long snappers who have gone through Rubio’s system are committed to colleges. He also works with NFL professionals.

Since beginning to train with Rubio, Battles’ snapping technique has been on fire.  June 30, he set a national RSI speed and accuracy record of 86.91, blowing away the previous record of 65.22.  RSI is a measure designed to quantify a long snapper’s skill level.

Battles’s dream is a D1 college scholarship (offers pending) where he can long snap. Oh, and don’t overlook his plans to major in mechanical engineering – the offer he chooses will include admission to the school’s college of engineering.

Long snappers don’t get the spotlight.

“Everyone just assumes we are going to do it right,” Battles said. “If a long snapper has seven good snaps and one bad one – he’s fired, and everyone hates him. If I mess up, more than likely, the other team scores. If a quarterback has seven touchdowns and one interception – he’s a hero.”

Battles gives the glory for his success to God. His faith is an important part of his strength, he said. He has inscribed Psalms 16:8 on everything from his letter jacket to his baseball hats. “I know the Lord is always with me, I will not be shaken, for he is right beside me.”

His steadfast character and attitude of service are the reasons the JHS football coaches selected him to attend NEISD leadership camp this summer. He said he takes this responsibility seriously.

“I’m extremely determined to be the best at whatever I’m doing,” Battles said. “I have a hard work ethic. I always strive to be better and to make the team better.”

“His work ethic is beyond belief, and he deserves to be called an All American,” Guerra added.