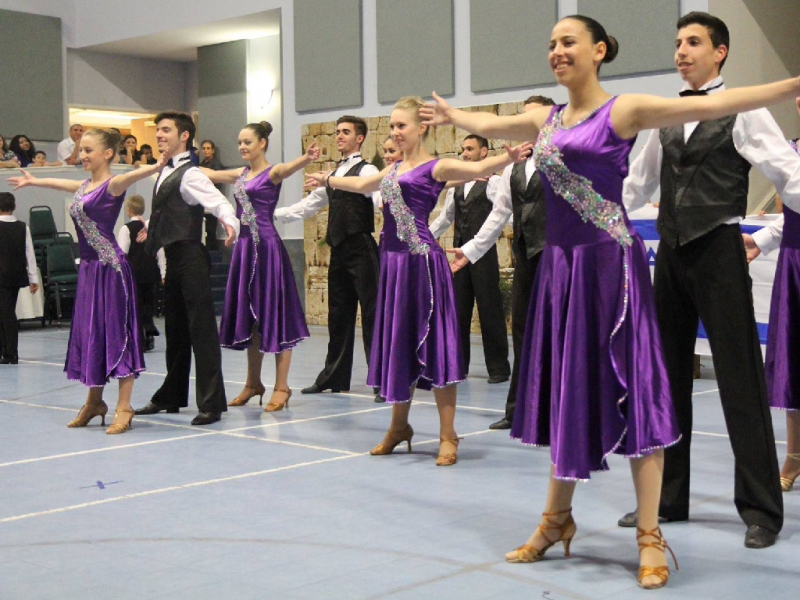 Summer is nearly over, and the holiday season is almost here. Wait—Thanksgiving and Christmas are still months away! What do you mean? Autumn heralds the High Holy Holidays celebrated for thousands of years by the children of Israel. However, these feast days are not reserved for Jews only. Roy Garcia, Pastor of Baruch HaShem Messianic Congregation in San Antonio, who is also a member of the Messianic Jewish Alliance and National Jewish Fellowship of the Assemblies of God, explains why it is important for all believers in Yeshua (Jesus) the Messiah to observe the traditional feasts.

“God commands us to keep these days, and we please God and receive a blessing when we do.

In the Hebrew calendar, the day begins at dusk the night before. Rosh Hashanah, the first of the fall feasts, begins at sundown this year on September 18. This feast memorializes the coming of Messiah. Also known as the Feast of Trumpets, Rosh Hashanah fittingly involves blowing the historical Hebrew trumpet, the Shofar, 100 times. At the last trumpet blast culminating the end of the ceremony, the congregation rises, claps and invites Messiah to return.

Just a few weeks later, September 27 is the Day of Atonement, Yom Kippur. The tone of this feast is much different than the joyous celebration of Rosh Hashanah. Yom Kippur is observed by prayer and fasting, as it represents repentance from sin.

Following on Yom Kippur’s heels is the Feast of Tabernacles, October 2-9, a week where God’s people remember how the Lord provided for them in the desert and brought them into a new beginning in the Promised Land.

Pastor Roy founded Baruch HaShem, which means, “Blessed is His Name,” in 1992. Today, Rabbi Jones and Rabbi Collazo hold service Saturday morning and afternoon. The congregation consists of those of Jewish or Gentile background who lift up the name of Yeshua as Messiah. Studying the Bible in its original language unlocks revelation. The Hebrew and Greek languages, in which the Bible were originally written, are alphanumeric, each letter also incorporates a number value, allowing imbedded symbolism, dates and other layers of meaning that don’t translate into English.

“The Bible in Hebrew is so much deeper, it is like the difference between a film in black and white versus color,” Pastor Roy explains.

Before COVID-19, close to 1,000 worshippers would gather for one of the three services. COVID-19 was actually a blessing for Baruch HaShem, Pastor Roy says, because it forced them to develop an online presence to live stream their services. This increased their audience exponentially—opening doors for new believers from all over the world.

“We’re averaging 40,000 people a week,” Pastor Roy says. “People from every continent except Antarctica have contacted us. People are fearful of what’s going on in this world, there’s a deep hunger and search for God. The enemy wanted to silence us, and exactly the opposite has taken place.

“The Gentile world searching for our congregation wants to return to the basics and find the revelation of prophecy. Those from Jewish background are seeking the fulfillment of Messiah.”

Recently, an Orthodox Jew flew from Washington D.C. to meet with Pastor Roy in person.

“He was so enamored by the message of Messiah,” Pastor Roy says. “He was baptized/mikvah in his new faith before he returned home.”

Baruch HaShem has helped birth congregations from Australia, Brazil, Mexico, Arizona, New Mexico, and several cities in Texas. Pastor Roy himself comes from a long line of ministers. The Garcias, including his wife, Mari, carry Jewish lineage and hail from the Canary Islands—the location where Spain historically relegated its country’s Jews. Coincidentally, the founders of San Antonio were also Jews from the Canary Islands. Pastor Roy feels Baruch HaShem is uniquely equipped to minister to San Antonio’s Hispanic community because of its Sephardic-Jewish connection.

What can a person without a Jewish background do to learn more about Christianity’s Hebrew roots? Pastor Roy invites others to find Baruch Hashem online for an easy introduction or to join in the celebration of the Jewish feasts. It will provide additional revelation and give a deeper look at the faith. After all, Jesus was Jewish!

Join. Visit Baruch HaShem online to learn about the fulfillment of prophecy of Yeshua Messiah. Pray. Prayer warriors are needed to cover the many requests coming in online. Serve. Distribute food and toiletries to needy neighbors. Give. Financial contributions offset the cost of video production equipment.

Amy Morgan has written and edited for The Beacon for the past 9 years.

Faith Family Happening in the Church Happenings Where Hope Comes From