Ministry ‘immerses’ itself in the Word with astounding results 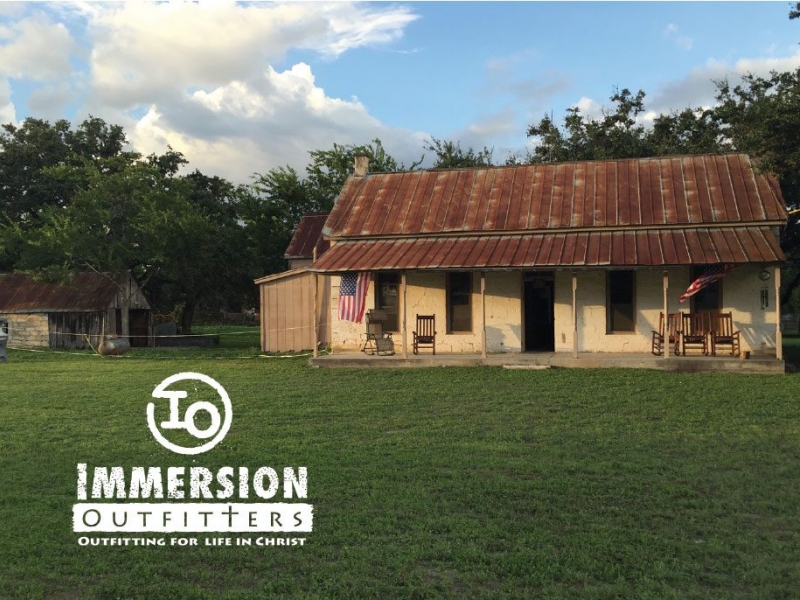 Calling themselves “Bibles and Bows” due to their love for the Word of God and for archery-style hunting, Josh Jones and longtime friend Dusty Alexander hosted a Bible study for a group of San Antonio men in 2011 in his garage.

Now called Immersion Outfitters and headquartered in San Antonio, it may well be the best kept secret for changing lives. The group has grown to several chapters across Texas, including a women’s chapter and a satellite group in the West African nation, Liberia. It serves over 300 men.

Eventually, a man named George Ramirez providentially became involved after beginning a men’s Bible study out of his house in 2014. He first met the two men after their other founding member, Josh Senneff, invited him to an event at a South Texas ranch. Quickly, Josh and Dusty saw the fruit of George’s ministry efforts and invited him to work at Immersion full time. Since March, he has served as a community pastor.

“I think there’s a tremendous need here in San Antonio for men’s ministries,” George says. “Like churches, we host fishing and golf tournaments for men, but our main focus is teaching men the Word, outfitting men with the Word and plugging them into studying the Bible and learning Scripture.”

Besides hosting Bible studies, Immersion partners with other local ministries working with the homeless and disadvantaged in the community to help apply what they are learning from the Scriptures.

One man attended reluctantly and grumbled consistently for a year before becoming touched by the needs he saw. He sold his pride and joy, his new boat, and used the funds to buy supplies for the homeless.

“At Natura, we look for organizations that are making a difference and sharing the Good News. This makes Immersion Outfitters a perfect fit for our company. Immersion outfits people for life in Christ. It’s for the churched and unchurched. They focus on sharing the truth in a non-threatening, non-judgmental way. I encourage you to invest in what really matters and Immersion matters to so many here in San Antonio, in our country and across the globe.”

Immersion Outfitters recently received a further blessing: six and a quarter acres of land on Braun Road. It’s being set up as their headquarters. They are sharing what George described as “this miraculous land gift” with other churches and ministries across the city.

Originally, the “Old Braun Barn” was on the market for $1.5 million. The owner was Hank Daughtry, the grandfather of Megan Daughtry Dybowski, who had attended an Immersion conference.

“We met her grandfather and told him what we wanted to do with the property — use it for the ministry as a prayer garden, coffee shop, bookstore and outreach venue," George says. “In short, bring the property back to life and invite God’s presence.”

After money was exchanged and further funds were raised, Hank told Immersion he had prayed about it and decided to give them the property free and clear to serve the Lord, under one condition: they could never sell it. “Yes, and amen,” was their answer. This miraculous blessing is currently undergoing renovations to the buildings located on the property. Immersion is planning to open the property to the public in early July.

Because the buildings were so old, Immersion hired help for the makeover. One man was particularly moved. “Still on his own spiritual journey,” says George, “it was clear that he was willing to sense and see what the Lord could do. He has wept over what he’s seen God do with this ministry. I told him God would make Himself known to him,” says George, adding that this man has a Christian wife.

“I believe God gave us this property for a reason. His presence is very real.”

“Our employees are involved in transforming our community in a variety of ways including providing audio Bibles that Immersion distributes in Africa. We serve an awesome God and Immersion Outfitters is acting as His hands and feet in so many incredible ways. I personally invite you to learn more about this amazing organization and the difference they are making.”

Immersion Outfitters also hosts an annual men’s event called Man Up. Originally, it consisted of bringing in “dynamic speakers from all over,” as George puts it.

“The last two years things have changed,” George says. “We pray a lot more now and give a platform to local pastors and ministries to connect men at the event with a local person. We also prayed over a guy whose back was injured. He had needed surgery, but he was healed.”

They also gather, as did Nehemiah and his people, and read scripture.

One man at Man Up became a Christian on the spot and was baptized after seeing his friend baptized.

Immersion Outfitters also hosts mission trips to its satellite ministry in Liberia, partnering with Faith Comes By Hearing. This audio Bible ministry translates the scriptures into recordings. “This chapter is really one that changed our ministry,” George says. “We visit remote areas. We sleep on the floor in huts. Some of the villages we visit have never heard the gospel. Wherever the men go, the whole town goes in that area of Africa.”

Another George, one named George Monten Toe, leads the Liberian branch. He serves orphans at Village of the Americas, an old, abandoned U.S. air base. They also do vacation Bible school there for the children, so generational change takes place.

“We teach them to read and write,” George says. “Two members of ministry live full-time with the kids to teach them.”

George described himself as “excited” by this upcoming trip since he has ordered 40 new radios in five new languages to be dispersed to various tribes. “Simple obedience can lead us to do things we never dreamt of before. Then God shows up and you experience His might and His power.” Immersion has a simple biblical model seeing lots of fruit: preach and teach the Word. Disciple and then send them out to serve. It looks a lot like what we read about the early church in the book of Acts. 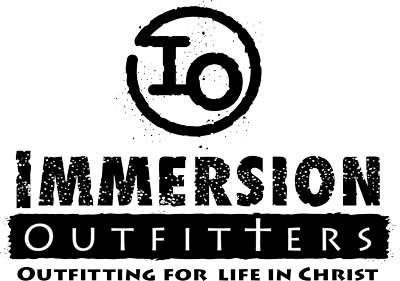 Give. Your gifts go to the staff who live totally by faith, the mission teams being sent to Africa and the renovations to finish out the property. Their faith goal is for $300,000 to be provided in the coming months. Prayer. Immersion also needs prayer for wisdom to understand the fullness of the vision that God has for the property. Join. Check out their website so you can visit one of their Bible studies or even the property. Talk with George about their upcoming mission trip. Invite. Schedule George to speak to your Sunday school class, small group or even your church.

Natura is an interior horticultural design, installation and maintenance firm servicing all major markets in Texas. We care for plants and people within the built environment. Our purpose and passion is to create environments where people thrive — and we do this by designing innovative ways to reconnect people with nature. We incorporate live plants, greenwall systems and holiday decor packages in the spaces where we live, work, learn and play.

We not only provide environments where people thrive but also give back to our community in a variety of ways. Faith is a big part of everything we do at Natura. Please contact us to learn more about why we are leading the way in enhancing built environments.

A veteran and former journalist, now works as a broadcaster and free-lance writer. He’s a former San Antonio resident who hopes to eventually move back to the Alamo City. Despite being a natural introvert, he loves public speaking.

Thank you all for following God's direction!