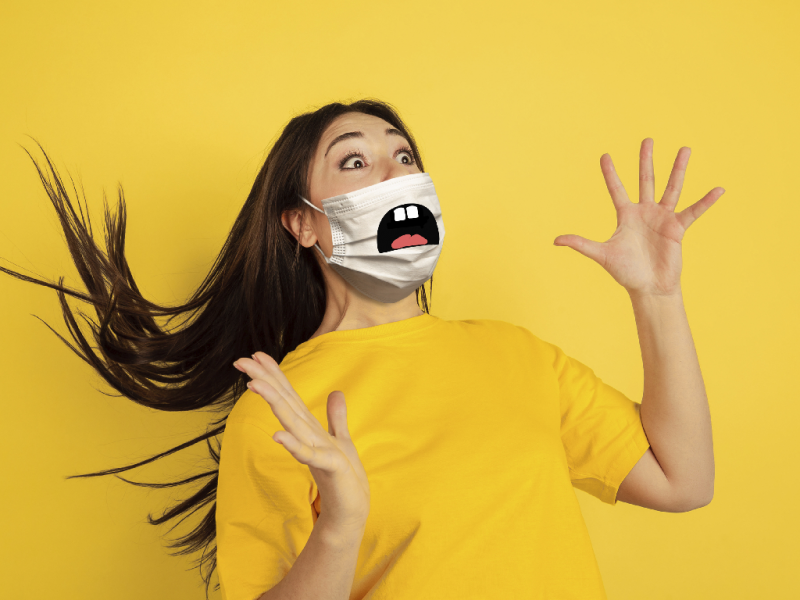 When is this going to end?

I know a lot of us are asking this question right now. It still doesn’t feel right. I feel like I’ve staggered out of a thick never-ending fog or a nuclear meltdown and as I ventured out to survey the damage this week, nothing looked or felt the same. Many stores and restaurants are still closed. People are still masked.

This week, I tried to do some “normal” things. I helped one of our Pearls of Promise team members record a video “Pearl of Encouragement” at her home, then three of us from our Pearls Team went to one of the open restaurants and had lunch, but practiced social distancing. It was good to be together but we were at a large table with chairs in between us. Nothing was plated. The food was all in plastic containers. We had to request condiments. Silverware was packaged. Weird.

Last night, my husband and I went out to eat at a restaurant. It felt good to be there but all servers were masked and there were empty tables between us and other people.

Do you want to snap your fingers and make everything go back to the way it was?

I’ve had several conversations this week with friends who are getting restless, and are feeling cooped up. They long for a change of venue, but travel is still considered a risk right now.

As I struggle with my own feelings, what comes to mind is that we need God’s help to persevere. According to the Merriam-Webster online dictionary, the definition of “persevere” is “to persist in a state, enterprise, or undertaking in spite of counterinfluences, opposition, or discouragement.” But this is easier said than done. That’s why we need divine help.

We must pray to persevere in God’s strength, because most of us need a little extra help. James 1:12 says, “Blessed is the man who remains steadfast under trial, for when he has stood the test he will receive the crown of life, which God has promised to those who love him.”

As we persevere, we have to trust that God is working on something in us in the midst of the stillness or trial. “More than that, we rejoice in our sufferings, knowing that suffering produces endurance, endurance produces character, and character produces hope…” (Romans 5:3–4).

There are two types of perseverance. Perseverance with angst, or perseverance with peace and patience. We are rewarded when we patiently persevere. When speaking to the church at Philadelphia in Revelation 3:10, the Lord said, “Since you have kept my command to endure patiently, I will also keep you from the hour of trial that is going to come on the whole world to test the inhabitants of the earth.” Jesus went on to promise, “I am coming soon. Hold on to what you have, so that no one will take your crown.”

I believe this ground-stop as a result of COVID-19 represents a hard shift into a new season, the beginning of the last days that we’ve waited for and longed for as Christians. If that’s the case, we are going to have to patiently persevere, because there will probably be more trials, and daily ask for the strength we need to endure until Jesus returns. We have to remember that it’s a privilege and honor to be alive at this time in history, and we need to be observant to ensure we do not miss an opportunity to share the gospel as the Holy Spirit leads. No matter what happens, God is with us. He infuses us with what we need to persevere. We are not alone.

I want to end with a prayer over you that the Apostle Paul said over the believers in Colossae. It seems appropriate as we walk through this together, with Christ and one another:

“May you be strengthened with all power, according to his glorious might, for all endurance and patience with joy, giving thanks to the Father, who has qualified you to share in the inheritance of the saints in light” (Colossians 1:11–12).

Lisa Burkhardt Worley
Lisa Burkhardt Worley is the founder of Pearls of Promise Ministries, a ministry that helps women overcome past and current dysfunction. Just as a pearl is formed after years of irritation and distress in an oyster shell, God can take our life trials and make something beautiful as well. Lisa is a popular speaker and a nine-time award-winning author of nine books and a Bible study including her most recent award-winning book to help the fatherless, The Only Father I Ever Knew: How a Fatherless Child Finally Found True Love. Her next book, The Root that Never Died: How a Christian Woman was Led Back to Her Hebraic Roots, should be released this fall.

Over the past five years, Lisa has returned to her media beginnings. She is an international Christian radio show Co-Host and now television Lead Host and Executive Producer of the topical program, POP Talk, seen on the Faith Unveiled Network, as well as Facebook Live and the Pearls of Promise YouTube Channel. She spent nineteen years as a national television sports reporter (HBO Sports and ESPN), regional anchor on the Madison Square Garden Network in New York City, and local sportscaster at KENS-TV in San Antonio. POP Talk Radio debuted June 5 on the Fishbowl Radio Network, as well as on other platforms like Spotify, Google Play, Radio Public and Spreaker.