SPECIAL REPORT: The truth behind the Chick-fil-A vote 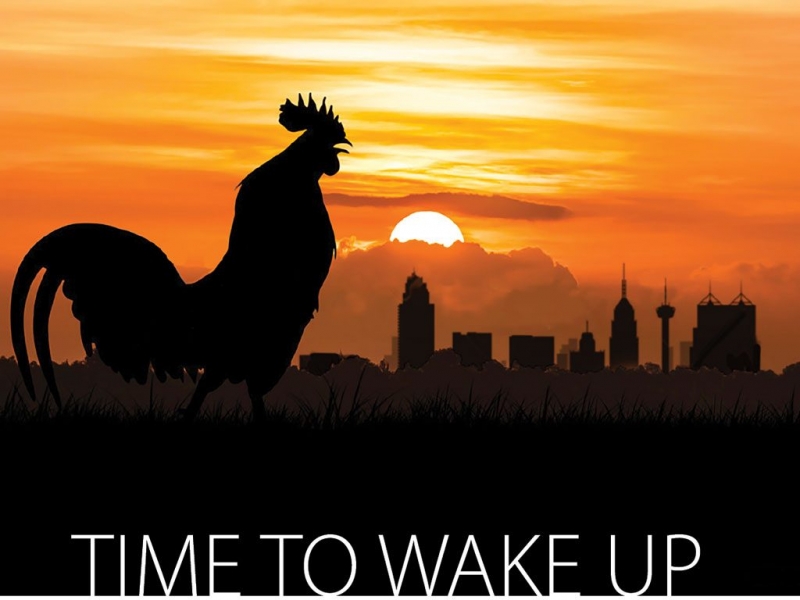 Three years ago, Mike Sharrow and the company he leads, the C12 Group, relocated to San Antonio from North Carolina. “We felt San Antonio would have a non-discriminatory environment and would be conducive to our business,” says Mike, whose company serves 1,500 CEOs in America including 100 in the Alamo City (www.c12group.com). San Antonio City Council’s recent “Battle with the Bird” has made him wonder if his first impression was wrong.

The majority of our city council voted for an amendment to the San Antonio Airport contract to ban Chick-fil-A to operate as a vendor. A motion was made by Councilman Greg Brockhouse to conduct a revote. It too was defeated. Despite the opposition from some council members and the remorse of another who regretted his vote, the vote now stands.

This local government decision has earned statewide and national attention. Texas Attorney General Ken Paxton has asked the U.S. Department of Transportation to investigate to see if the city violated religious discrimination laws.

“Tolerance in our city is a two-way street,” Mike says. “Christians have a right to exist even if we disagree on religion, politics or sexuality.”

The trumpet has sounded. Multiple faith-based churches, ministries and businesses believe we are at a significant crossroads in our city. Lines have been drawn. Rights violated.

Mike feels the city council’s decision is especially dangerous, since it could cause many local Christian business leaders to suppress their faith out of fear and even pull out of pursuing certain city contracts in order not to have to compromise their faith.

Why has this happened? Opponents have been critical of personal remarks made by Dan Cathy (current CEO) regarding one man, one woman marriage. In addition, they oppose donations made to the Fellowship of Christian Athletes and the Salvation Army (among other nonprofits) by Chick-fil-A corporate.

What are the implications of this decision? Ryan Tucker, Senior Counsel at Alliance Defending Freedom, an alliance-building, legal nonprofit, has seen his organization secure scores of First Amendment victories across the country. One recent and well-known example involved Jack Phillips, the cake artist who owns Masterpiece Cakeshop in Colorado. Citing similarities between that case and the recent debate over the airport concession contract, Tucker stated that “when the U.S. Supreme Court sided with Jack last year it found that the Colorado Civil Rights Commission violated the Free Exercise Clause because it was hostile to his sincerely-held beliefs. And that’s exactly what’s happening here in San Antonio.” He continued, saying “this is something that should be concerning for every San Antonio business and quite frankly everyone in the city. Because today it’s one belief or point of view. Tomorrow it’s another. Which company are they going to target next?”

What is a Christ-led response, now and in the future? Christians can no longer sit on the sidelines of the political arena because we are too busy or feel we have no voice. At the same time, we must recognize that this is a spiritual battle. In fact, 2 Corinthians 10:4 speaks to this. “The weapons we fight with are not the weapons of this world. On the contrary, they have divine power to demolish strongholds.” These weapons include love, prayer, faith and relationship.

LOVE. Yes, many are angry about this decision. But anger cannot drive our actions. Love must. Jesus in Matthew 22:37-40 said the “Greatest Commandment” is to love God with everything we have, with the second being to love our neighbor as ourselves. What do we gain by complaining, criticizing, growing impatient?

PRAYER. On May 19, a citywide prayer event was held with the runoff election and the future of our city in mind. This historic event saw the two largest churches in San Antonio co-host and act in unity, to sound the trumpet and alert the body of Christ to pray. More prayer events should be held, but you have the power to move heaven in your own individual and ongoing prayer efforts. Prayer can turn the tide of events! Prayer can fuel future decisions that impact our city. We encourage you to get on your knees and cry out to heaven on behalf of our local government and our city.

FAITH. Trust this did not catch God off guard. He is aware of what is taking place and actively involved in our affairs. Faith also requires action (James 2:26). Every vote really does count. Of the 1.5 million people who live in San Antonio, only a few thousand showed up for the election. Mark June 8 on your calendar, text 10 friends, inviting them to do the same, and take the time to vote in the runoff election. Together, let’s set a record for Christian turnout in the upcoming runoff election.

RELATIONSHIP. In June, Mike plans to meet with whomever the new mayor will be, along with the city council, and present a coalition of business owners, faith community leaders and citizens and ask for constructive dialogue for a remedy.
“I want [this issue] to stay at top of local minds until it’s addressed,” Mike says. Mike encourages local Christians to get to know their city council representatives and communicate with them, whether they voted for them or not.

“Do some due diligence on this issue,” he says. “It’s not just about chicken sandwiches or restaurants in the airport. It affects all of us. Make it clear the faith community is one to be heard and respected. I think the misunderstanding is Christians think their voices can’t be heard or they can’t make a difference. There are tremendous opportunities to influence the city by being engaged biblically.” Building a relationship with your local council person and our mayor is not difficult. Call them. Send them an email. Connect with them on social media. Let them know where you stand on important issues (in love of course).

We are indeed at a crossroads in our city. Could this recent decision be the spark that brings revival and awakening? It is up to each one of us. It is up to you.

After the publication of our magazine and online story, additional news broke about this city council decision. Here is the link to this breaking news: Federal Aviation Administration to Investigate San Antonio for Religious Discrimination Against Chick-fil-A

Congress shall make no law respecting an establishment of religion, or prohibiting the free exercise thereof; or abridging the freedom of speech, or of the press; or the right of the people peaceably to assemble, and to petition the government for a redress of grievances.

Research. Educate yourself on where the candidates stand, and which candidate has a biblical worldview. Vote. Let your voice be heard in the June 8 runoff election and in future elections. Communicate. Contact your city council representative and the mayor. Get to know them. Share your stance and why it is important for our community. Pray. Part of prayer is us speaking God’s will back to him bringing His kingdom down to earth. Patronize. Support local Christian businesses and help them grow stronger.

Thank you Lord, for the anonymous donors who generously gave so this story could be featured in our May/June Issue. With these generous gifts we were able to bring you this special report.

Richard Zowie lives in Fredericksburg and spent 15 years as a full-time journalist. He now works as a radio broadcaster at Texas Rebel Radio, AM 910 KNAF and as a freelance writer. HIs work has appeared in various publications.