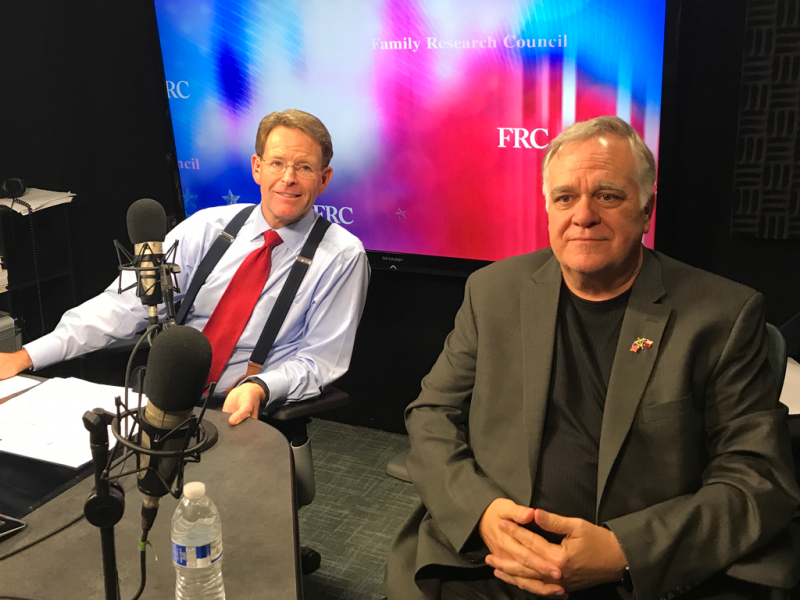 Taking a stand for righteousness.

"Stand up for truth and walk in that faith with certainty." These are the words Dr. Steve Branson, Lead Pastor for Village Parkway Baptist Church in San Antonio, lives by every single day. He recognizes that taking a stand has an influential effect on the community. It is the main reason he continues to be a voice for Christians across the country.  It is the reason he has done so on many occasions, for multiple reasons. And today, in the midst of attacks on Christians and Christian businesses, the chances are increasing that you too will need to stand up and take a stand.

“When faced with difficult decisions, a decision to take a stance that could ruin your reputation, your career, really your life — be strong and do what is right,” Steve says. “Always speak truth, but do not be resentful or unkind to others. Always approach opposition in the most levelheaded way you can. That is what the Bible teaches us, and we must act in such a way.”

For more than 30 years, Steve has ministered to San Antonio residents through his work as a church leader, a serviceman for those in need and a counsel to his parishioners.

“As a pastor, I have a pulpit responsibility to preach God’s Word. If I want people to hear truth, I have to do it in a way that is respectful. When faced with an obstacle of having to defend something that you believe to be true, you have to know your subject. So, I work hard every week to make sure I do. I don’t use what I said 20 years ago to address issues of today’s culture,” Steve says.

These philosophical values have helped shape his ministerial success. Today, for his courageous and influential work over the last six years, he is nationally recognized for having paved the way for religious rights.

In 2013, Steve learned that one of his church members, Senior Master Sgt. Phillip Monk — who had served in the military for 19 years — faced religious discrimination from officials at Lackland Air Force Base. Phillip’s religious freedom was under attack. His job, pension and reputation were scrutinized. As his friend and pastor, Steve publicly spoke out about the injustice against Phillip. Both men faced an uproar of disapproval throughout several media outlets on a local and even national level.

“During this time, the church was under fire and many who did not understand the scriptures regarded us as a hate church. We had to put police on the grounds because we had some really bad phone calls coming in. I was getting emails by the thousands, phone calls by the dozens. Most of them were good, but we got some really, really bad ones,” the pastor recalls.

One call was more memorable than the others. Steve noted that after 30 minutes where an Army colonel used inappropriate language and called him offensive names, he was finally able to pacify the irate man.

“I spoke truth in a calm manner,” he says. “While we still hung up in disagreement, we were respectful at the end. This is God’s way. He calls us to show understanding to one another, and to speak truth. That’s all I did.”

During the months that surrounded Phillip's investigation, Steve recalls how the Lord was always present.

“I did what I knew. I have prepared for situations where the Lord’s teachings would be tested. I certainly did not ever expect to be a part of it in a political way. God has opened up many doors for me as a result of my obedience and willingness to stand for what is right. I have been able to meet people I never thought I would, and asked to speak across the country. I have been a part of a movement that fights for religious equality for our Christian people. That is all God’s work. The successes and outcomes could not have come without Him by our side.”

However, despite the negative upheaval, throughout the nation many fellow Christians demonstrated an outstanding amount of support for Phillip and Steve’s actions, which is still bringing about influential change and great recognition for their courage years later.

“When you take on the role of a leader, particularly a pastor of a church, you take responsibility to live by your faith in such a way that is evident to others. We learn to take courage, to stand up for what is right, for ourselves and for others,” Steve says. “In the situation I encountered with Senior Master Sergeant Monk I could not stay silent. I stood by a friend, someone in need. That is my duty as a pastor — my responsibility as a Christian.”

When the investigation concluded later that year, Phillip was absolved from the false accusations and he retired after 20 years of service. As token of appreciation, the veteran gave Steve a set of his stripes — a gesture the pastor says he will never forget.

“It was an honor to stand by my friend’s side. But even though I wouldn’t want to do it again, I wouldn’t change a thing. Both Phillip and I have been drawn closer to God because of it,” Steve says.

Especially in today’s times, Pastor Steve urges other Christians to walk through situations — even when complicated — as a warrior, defending their beliefs with unwavering grace, kindness and action.

“Having faith is more than just acknowledging it verbally. If you believe in something, you must be willing to live it out in your every day life, in what you do, how you treat others, and in how you speak. And when faced with difficult decisions and situations, you must not be afraid to take a stand.” 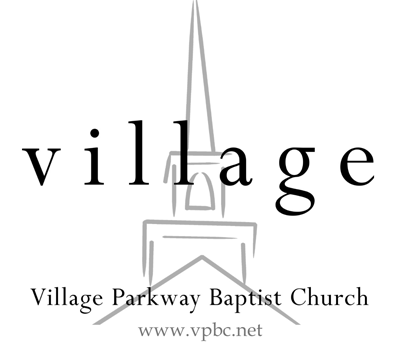 Pray. Our first response as Christians should always be prayer. Pray for sensitivity to hear from the Holy Spirit regarding your role in standing for truth in grace. Pray for protection for Pastor Steve and his family as he continues to stand for truth. Pray for Village Parkway Baptist Church to continue to be the light on a hill. Obey. Know that God will protect, guide and direct you as you step out in obedience. Experience God. When we step out in faith, we will come to know God in ways we could have never imagined! Visit. Plan on visiting Village Parkway Baptist Church on an upcoming Sunday and worship with them.

Passionate about telling stories at a young age, Denise Marcos pursued a career in journalism. She graduated with a bachelor’s degree from Mary Hardin-Baylor. Currently, she works for a nonprofit that helps mentor children.

Faith Happening in the Church Where Hope Comes From
1 Review

I enjoyed getting to know more about this pastor.