The faith story of Gateway of Hope 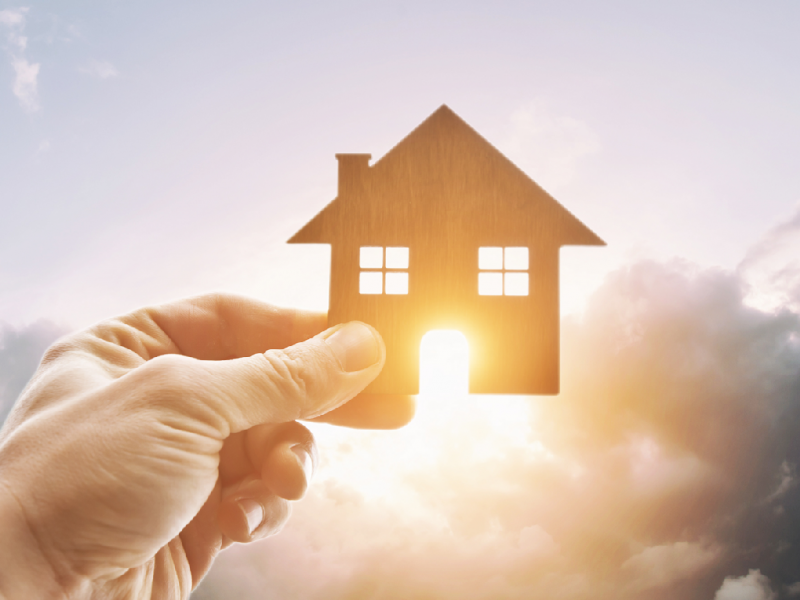 Imagine having no health insurance and literally no money. Imagine having as an only income what was panhandled on the corner — and that’s lunch. Lunch for today, anyway.

Now add an unplanned pregnancy to the equation. While the thought of having a baby would bring wonderment, reality would kick in. And all thoughts would soon return to survival.

This imaginary world is reality for thousands of women who are homeless and trying to survive on the streets and in cities and towns all over Texas and our nation. Abortion can seem like the only way out. In fact, unmarried women in their 20s account for 86% of the abortion recipients in our nation and many of these are in poverty or homeless.

It started with a Word from the Lord. It was a Sunday, after church, and Mary Boyd was standing in her kitchen in Comanche Texas making lunch when the strangest thing happened: she heard a very clear message from the Lord.

Now Mary — unlike some of her friends who hear from the Lord while walking down the grocery store isle — had never heard the Lord speak in this way. Therefore, He got her attention! The message to her was: “Open up the building you own to pregnant women who have nowhere to go and nowhere to live.”

The building Mary owned had been a boarding house in the early 1900s. It had recently been renovated and was about to become a bed and breakfast.

Though a little unsure about how to proceed with what the Lord has spoken to her, Mary began to pray and seek direction about what to do next.

A few years later in May of 2019, after Mary was elected Mayor of Comanche, and while at a local restaurant, a young, fiery, curly headed woman came up to Mary and said, “We need to talk.”

Her name was Stephanie Womack and she was part of a prayer group who was praying for Comanche.  Stephanie invited Mary to their meeting. When Mary attended the meeting, there came a time to share experiences with the Lord. Mary recounted the message she had received from the Lord about turning her building into a home for pregnant women. She began to share a few points of the message, but she didn’t need to relay the entire thing. That’s because Stephanie finished the message, complete with the fact that the Lord had told her the women needed to be trained and educated, and taught to stand on their own and that the women would come from all over to live in this place. It was the same message to two different individuals. How awesome is our God!

In view of this call from the Lord to Mary and Stephanie, a new nonprofit group has recently been formed in Comanche Texas called Gateway of Hope (GOH) Comanche. GOH is a faith-based maternity home that will equip women of all ages to choose life for their babies over abortion. Classes are planned to help with education and life skills. Women can pursue their GED there. They can also take classes giving instruction for good parenting, child development, health and safety, personal finances, job skills, resume writing, and discipleship. For women to break the cycles and strongholds that may have played a major part in their current situations, they must become financially independent and emotionally and spiritually mature. This takes time and so GOH will be a long-term facility so mothers can be transformed.  GOH leadership projects that this long-term facility will house mothers for up to three years.

Gateway of Hope Maternity Home is a huge undertaking. However, the community in Comanche and beyond is stepping up. GOH recently received an anonymous gift for $50,000 to launch. They have seen local events provide additional funding and bottles and diapers too. As Mary and her team step out in faith, God keeps showing up. In fact, at the present time, GOH is interviewing the very first applicant for the home!

“We have plans to reach out to ministry leaders in Houston, Dallas, San Antonio and even in rural areas. We want them to know that GOH is a resource for them and for those they serve,” says Mary.

“We will be holding diaper drives and fundraising events across the state of Texas. God’s calling means He has already provided everything we need and we are simply on a journey to find out where, how and who.”

Pray. Ask God to continue to bless GOH as they follow Him and His plans. Tour. Take an online tour of their facility by going to their website or schedule a tour in person. Watch. Look for opportunities to tell others about this amazing facility. Give. Pray about acting as a founding partner with so many others by joining their support team. Host a bottle or diaper campaign in your Sunday School Class or in your church.

Volunteer at Gateway of Hope